After Rezfest Las Vegas there was so much to catch up on and research! One company stood out among the rest, NoiseAware. I made the decision to try the product after discussions with current clients of theirs at RezFest. Decided to order a few and test it out. 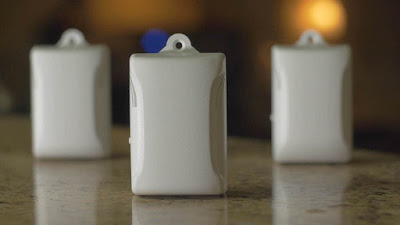 The Devices arrived in a timely manner, nicely packaged with simple instructions. Shortly after the horrific Mandalay Bay Route 91 Harvest festival shooting took place and precedence over all else. We were dealing with an onslaught of instant bookings from people leaving the strip and cancellations from people who decided to cancel their trips. Soon after all airbnb records were collected and submitted to the FBI. Turns out the shooter had stayed in MY building during the Life Is Beautiful festival the week prior. During this period the FBI was in the building, national press outside chasing residents and guests were arriving to a building in upheaval. The building came together and worked to abide by new rules with considerable new hoops. Airbnb hosts from around the world called and asked me to walk their guests to the units, things weren't the same around here. I have more than a handful of units in the building and have for nearly 4 years. Over that time extensive discussions paved the way for the allowance of Airbnb by HOA and residents. 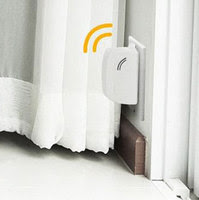 People were scared and Paddock was dead so people pointed at airbnb. Clients applying for licenses to operate their bnbs legally here in the building now have some new residents opposing it with passion. When faced with the question of what we could do to show we were going the extra mile only one word came to my mind NOISEAWARE. 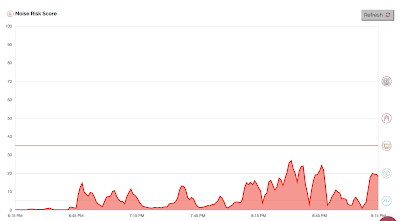 Within 24 hours the NoiseAware real time noise level testing and alerts were installed and kicking out readings. The homeowners loved it and the city council when offered as our proof of not negatively affecting neighbors we will tout our NOISEAWARE readouts. I'd suggest installing a NoiseAware device in anywhere applying for short term rental licensing or by anyone wanting a some peace of mind.

Popular posts from this blog

If you use VRBO you WILL BE ROBBED (ps. they don't care)

August 29, 2017
This condo was only offered as a vacation rental when it was allowable by law. After recreational legalization the listing title was 420 friendly OK for a short time. VRBO could have stopped the robbery of my home, stealing of my identity, all my personal effects and faith in a fraudulent credit card but didnt. Below is what happened and how you can avoid it. My Condo!  VRBO accepted a reservation under the name and card of Wesley Munz (stolen credit card) by running the card through Yapstone payments who VRBO works exclusively with for ALL payment processing. VRBO showed me the payment was MADE and complete..  At 7am on the morning of expected checkin checkin an email hits my spam folder from Yapstone. I am very careful not to miss VRBO related communications so I have an email filter for all communications with VRBO Listing in the email. This Yapstone email has "VRBP Listing" a TYPO in the TITLE and body of the email?  The only email to ever co
Post a Comment
Read more

Guests who want to talk

December 26, 2017
Clairbnb Hosts a Comedian!  You will be contacted regularly by guests looking to interact for a variety of reasons. Some want a better deal in exchange for promotion of your listing others just want a little of your time or additional information on the area.  Hear out your guests and you might end up with a fun video like this one by  Greg Schwem - A Comedian Crashes Your Pad Find out more about Clairbnb  www.Clairbnb.com
Post a Comment
Read more

November 11, 2017
Odd Requests  Guests have odd requests but a properly delivered odd request will bring you the best review you have ever gotten! See special requests as an opportunity to write your own review.   "Please provide a picture of a dog dresses as a boat captain and place it on my bed, thank you"  "Hey, can you make me a fort?" "Please make me a very big swan towel" "If you could please draw a picture of what you think I look like and place it on my bed I would appreciate it."  "Every time we go in a hotel we ask for a picture of a horse saying 'hello' and someone FINALLY DID IT!" Superhosting done right - www.Luxurypad.vegas
Post a Comment
Read more